Now smartphone manufactures have started working on the metal frame smartphones as of iPhone. Xiaomi is already popular with its metal design phone and now the Android king of smartphones, Samsung is also experimenting the market with new series Samsung Galaxy Alpha.

Alpha has 4.7 inches display and the viewing angles of the display is very wide. The image on the screen does not change colors from which side and at what angle one looks at it. On the “Alpha” you can watch movies and photos together – for both the picture will be the same. The display is very responsive – it quickly and accurately responds to touch. Screen skillfully recognizes gestures and supports up to ten simultaneous touches.

The maximum luminosity of the white area of the display of “Alpha” is not very big – 325 cd / m 2. Should take into account the fact that the luminosity of white color AMOLED matrices is not the sum of the luminosities of color component (blue, green and red), as is the case in the screens TN and IPS, – it is about half the size. In other words, the supply of brightness at the screen Galaxy Alpha does not fade and no glare, even in direct sunlight. Another would be: air gap between the cover glass and the matrix is ​​not present, and a polarizing filter, in contrast, there is. Well, in general AMOLED-display usually well behaved in the sun. The front panel is covered with grease repellent layer, through which it is easy to clean from the “fingers” and fine dirt.

The minimum luminance of the white box is only 15 cd / m2. This means that the device is quite comfortable to use and in the dark, and not only in bright ambient light. The gadget is equipped with a light sensor, whereby it is able to automatically set the comfortable to work in these conditions, the level of brightness and makes it quite adequately. Color temperature of gray scale of the display in almost perfect – on average it is 6250 K at 6500 K. The reference deviation is so small that it practically and not at all. The colors are natural, without the cold and warm, almost without impurities. 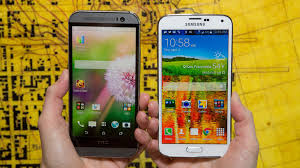 And generally in all the sets and condition the display of Galaxy Alpha is very good. All four-gamma curves practically coincide with the standard, only a little gray in the middle. It turns out that the “main” profile color on the screen Alpha bright as much as, and should be – not dark or overexposed, which again is not very typical for AMOLED.

And as of the hardware Exynos 5 Octa chipset in the Galaxy Alpha is one of the most powerful solution Samsung ever created and 2 GB coupled RAM is boasting its performance. And Alpha overcomes the iPhone 5S performance in many conditions but still Samsung needs one good metal solution that can actually compete the upcoming iPhone 7, may be Samsung Galaxy S7 would able to do that.